On Saturday Sept. 13, 2008 an anniversary will be celebrated by the entire town of Oberlin! It will be 150 years since the Oberlin – Wellington Rescue took place! So now you’re wondering, okay, who was rescued and why was it important enough to celebrate 150 years later?
On the morning of Sept. 13, 1858, slave catchers arrived in Oberlin and captured John Price, an escaped slave who had been living in Oberlin for at least 2 years. The slave catchers put him into a wagon and proceeded to transport him down a back road (maybe our road!) that linked Oberlin to Wellington where they planned to put him on the afternoon train and send him back to the south.
But news of Price’s capture spread rapidly through the town. Blacks, whites, students, faculty, men, and women all came together and marched to Wellington. 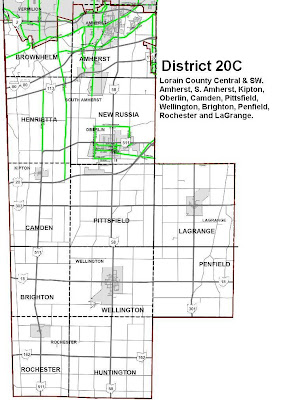 There they were joined by the Wellington townspeople and together they all managed, with some degree of force, but no bloodshed, to free John Price from the grips of the slave catchers.
Thirty seven of the the Rescuers were consequently indicted and jailed for allegedly violating the Fugitive Slave Act of 1850. After 2 of the rescuers were convicted in Federal Court, a deal was reached that released the remaining rescuers on the condition that Lorain County drop the kidnapping charges against the slave catchers. The Rescuers’ bold defiance of federal law in the name of human rights attracted nationwide attention and generated political controversy in both the North and the South. Oberlin’s reputation as “the town that started the Civil War” stems from the Oberlin-Wellington Rescue and its role in exacerbating sectional tensions over slavery.

So there you have it, the reason for a 150th anniversary celebration!
Wellington-Oberlin Rescue Celebration Events September 13, 2008:
Public celebration on Tappan Square in Oberlin, 9:30 a.m. – 2:00 p.m., including free community lunch. Sponsored by Oberlin-Wellington Rescue Coalition. For more information, please contact Sharon Pearson at (440) 775-7217 or e-mail at [email protected].
You can also get more information about the Oberlin – Wellington Rescue by visiting the Oberlin Heritage Center at http://www.oberlinheritage.org/.
What better way to spend a ‘Staycation‘ than by coming to Oberlin and immersing yourself in a part of history. And when you come, and you know you want too!, we hope you come and stay with us. While you’re living a part of history, you can stay in a house that was a part of history! Give us a call! We would love to hear from you!
Share Post: