Best actress nominee and winner. Outstanding directing in comedy series. Best TV series comedy. Outstanding writer nominee. Critics Choice, Emmy, Golden Globe, and Director’s Guild. All awards won by a guest coming to Oberlin College on February 8, 2014 for the Guest Recital Series. Care to guess who it might be? Her TV series began in 2012 on HBO and she recently appeared on the cover of VOGUE magazine.

You guessed it – Lena Dunham! She is a 2008 graduate of Oberlin College and will be returning to her alma mater to speak in Finney Chapel. The event is FREE but a ticket is required. OC students, faculty, alumni, and staff get first choice. The general public is invited to submit ticket requests by Friday, January 31st. You must send a stamped, self addressed envelope along with your request (only 2 tickets per household) to: Central Ticket Service, 67 North Main Street, Oberlin, Ohio 44074. All mail order requests must be postmarked by January 31!

So come to Oberlin! Have dinner! Stay awhile! Spend the night! Give us a call! 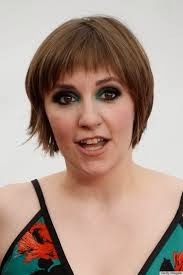