Last week we recommended to a guest that they try Tooo Chinoise Chinese Bistro located at 27 W. College St for lunch . When they returned they informed us that there is another restaurant in that location so they went somewhere else, not sure since they had not seen a menu. So we were kind of shocked that Tooo Chinoise was gone!  So a few days later we drove by the location and saw the sign above saying that the restaurant is now RED Chinese Bistro. 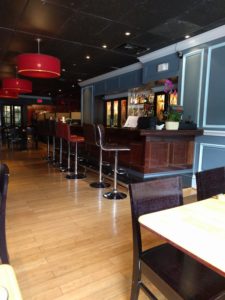 The interior of RED Chinese Bistro

So being curious about this new eating establishment we ventured out today for lunch to the RED Chinese Bistro. We were greeted by none other than Steve Weia, the owner of Tooo Chinoise and Wild Mango! He has maintained the same interior but has changed the menu to, as he said, more traditional Chinese foods and entrees. So that was a pleasant surprise!

Joe and I both decided to share a starter of chilled tofu with scallion and instead of the Chinese beer we had to go with the Irish – Guinness, dark and rich! Since we were having a late lunch we both went with a noodle dish. Joe had the Beef Noodle Soup made with fillet which he said was tender and delicious and the broth seasoned just right. I tried the Teriyaki Chicken Noodle Soup and was very satisfied with the tender pieces of chicken, the full bowl of noodles with a great chicken broth. As per most Chinese restaurants we had to ask for our leftovers to be placed in containers for another lunch at home.

So now I need to go and edit the Restaurant section on our Attraction Page to reflect all the changes taking place in our little town.We still have one restaurant we have not tried called India Garden on East College St. Will try to get there next week. So for now Bon Appetit! 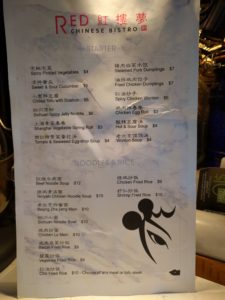