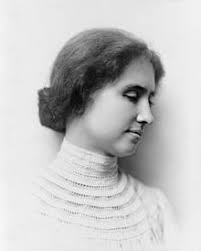 Remarkable! Edifying! Amazing! All words that describe the wonderful production of “The Miracle Worker” performed last night on the Hall Auditorium stage at Oberlin College. This is one of three plays being presented over a six week period by the Oberlin Summer Theater Festival, of which I wrote about in a previous Blog post.

After a wonderful dinner at India Garden restaurant (I will highlight them in a later post) we battled the rain as we made our way to the theater. 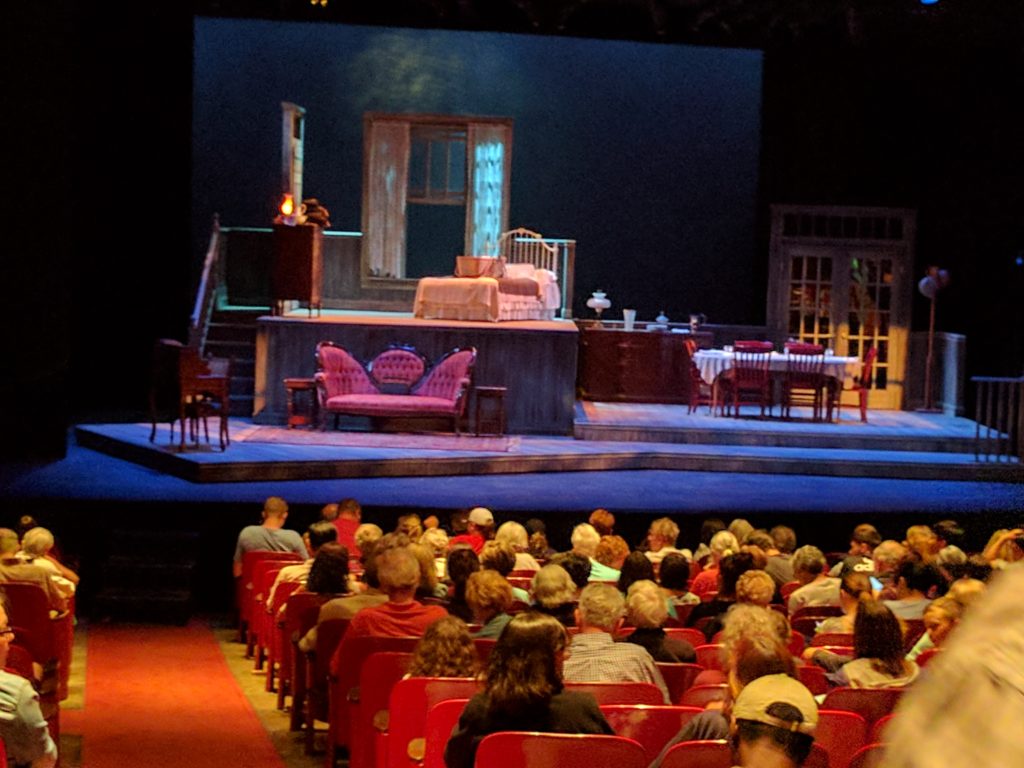 Production of The Miracle Worker-Stage set

The auditorium filled up fast and the production started on time. For those unfamiliar with “The Miracle Worker,” it is an autobiography of Helen Keller born deaf, blind, and mute and how her wild spirit was tamed by Annie Sullivan who then went on to teach the young girl how to read, write, and speak. The actors were superb, especially Minor Cline who played Helen and Llewellyn Nunez who played Annie. Hats off to you both!

Here at Hallauer House Bed & Breakfast we have a tintype which we think is one of Helen Keller and Annie Sullivan! We would love to get it authenticated! 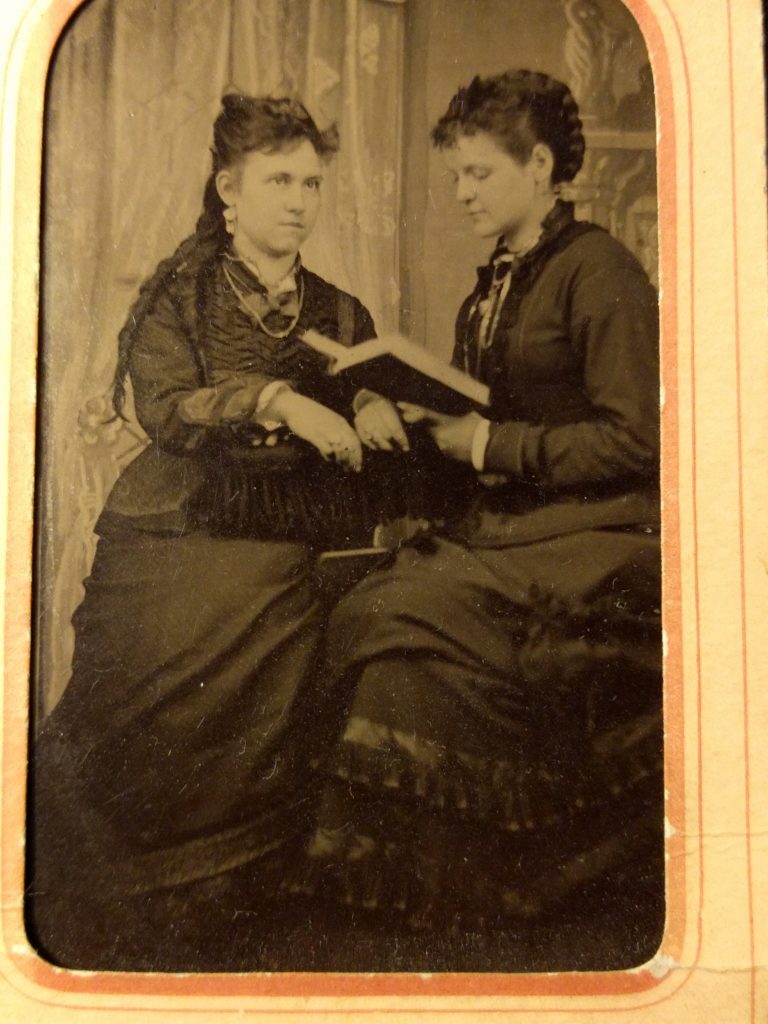 Tonight, June 30, will be opening night for the new production “Barefoot in the Park,”  a romantic comedy set in a Manhattan apartment during the 1960’s. It follows a newly married couple as they learn how to cope with each other during their first days after the wedding. Who can relate to that! So that production begins at 7:00 at Hall Auditorium and is also FREE! But you will still be able to see “The Miracle Worker” as there will be 12 more show dates. Check the Oberlin Summer Theater Festival website for complete show schedule and times.

And if you want to spend the night after you see a play just give us a call and enjoy our many amenities and free breakfast!