Little Women Bed & Breakfast was almost our business name instead of 1830 Hallauer House! But when it came time to set up the business cards and website, we decided to go with a different name.  We chose instead the name 1830 Hallauer House so that the date the house was built could be included in the title.

So now, some have asked, why would we even consider a name like “Little Women?” That name sounds like a name for a b & b that might be found in Las Vegas! But we actually had four reasons to consider this name.

If you have not read the novel, I would highly recommend it. But here is a quick overview. When the novel begins you will find Meg, the oldest, at 16. She is the most feminine, beautiful and romantic of the four, but very dependent upon her family and later her husband. Jo,15, is the tomboy who loves to write but she is also very quick to anger and that sometimes got her into a lot of trouble. The lead character is considered to be Jo. Beth,13, is kind, gentle, sweet, and shy. She loves the a piano and is content to just stay at home. After recovering from scarlet fever she remained frail for the rest of her life. Amy, at age 12, is the youngest of the sisters. She is a proper, but self-centered young lady, an artist who was chosen to travel to Europe with her aunt and uncle. The story takes you from this beginning and follows the girls into adulthood, marriage, and children. 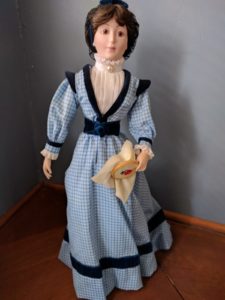 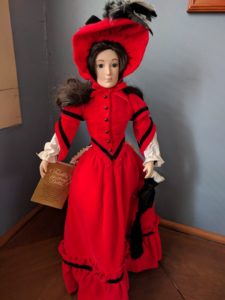 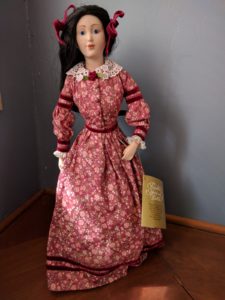 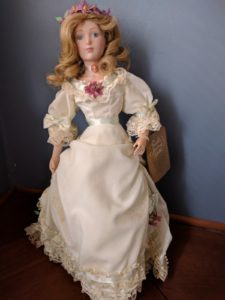 Over the years, three “Little Women” movies have been released . The first production was in 1933 with the famous star, Katherine Hepburn playing the lead roll of Jo in the film. In 1949 another film was released and Jo was played by June Allyson. But it is the 1994 film that most people today are familiar with today. Winona Ryder starred in the lead role of Jo. Other well know actors in that film included Gabriel Byrne, Kirsten Dunst, Claire Danes, Christian Bale, and Eric Stoltz. And now in September of this year, 2018, a new release will come out starring Sarah Davenport as Jo. “Little Women” lives on! And we have now cast the Little Women dolls in our just released film.

Please enjoy the video. Read the novel, “Little Women,”  and then reserve a room at 1830 Hallauer House B & B or just bring the book with you and read it here by the pool this summer. What could be better than that!