Henry’s Barn is now the centerpiece of the newest Lorain County Metro park located in the North Star Preserve on US Rt. 20. The barn is also a part of the rich history that is Oberlin, Ohio, a sanctuary city in the late 1800’s for free and run away slaves. The barn itself was large and a unique piece of architecture boasting a mansard-style roof and timber-frame construction. When the barn needed a caretaker, the Johnson’s hired Henry Thomas, a freed slave living in Oberlin. Henry was given his freedom by the Jenkins family in Southern Ohio and sent north for employment with the Johnson’s. Henry remained with them until their deaths but they provided Henry an income for the rest of his life.

The barn was originally built in 1855 on the Johnson estate located on South Professor Street in Oberlin. The Johnson house is now owned by Oberlin College. When the barn could no longer be used the College they reached out to the Metro Parks to obtain it. Then Richard and Kathleen Nord stepped up and donated the land on US 20 on the condition that Henry’s Barn would be moved to that site. It was a marriage made in heaven, so to speak! Here is the land. Here is the barn. Now how to move that barn 5 miles away to the land!

Imagine if you will, the condition of the 160 year old barn that needed to be moved. It was, to say the least, in bad shape so therefore could not be moved on a flatbed trailer. So Star builders was contracted to do the moving. They came in with a plan that called for removing the barn piece by piece with complete documentation as to where each piece would go during reassembly. Now approximately 2 years later, the re imagining of this historic barn once tended to by a former slave, Henry R. Thomas, is complete. It’s home is at the North Star Preserve where it is being used as a public place for large scale events. The patio and pond are complete and the surrounding acres will be developed over the next few years.

Enjoy the YouTube video about Henry’s Barn now located at the North Star Preserve. And for more pictures and information read the newspaper articles from the local Elyria Chronicle and the Lorain Morning Journal.  And be sure to visit our Attraction Page to learn about more about our Metro Parks here in Lorain County. And take a peek at our Package Page to book the Explore Our Parks Package. Lots to see and do here on the North Shore of Ohio! 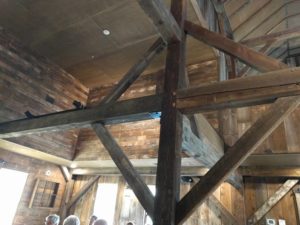 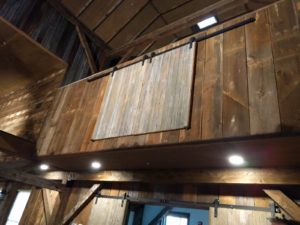 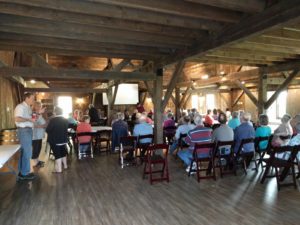